In the emerging insect industry the big stars are mealworms (Tenebrio Molitor & Alphitobius diaperinus), crickets (Acheta domesticus & Gryllodes Sigillatus), grasshoppers (Locusta migratoria & Schistocerca gregaria) and, maybe the most rising star of all: BSF, Black Soldier fly (Hermetia Illucens). An insect species people in the business don’t talk so much about these days is the Greater wax moth (Galleria mellonella). Which is a big shame according to Nathalie Berezina, PHD in Biotechnology and founder of Norbite , a new Swedish insect company with the goal of upcycling plastics with the help of Greater wax moth larvae.
– In nature all natural waste is taken care of. We humans aren’t that good at taking care of our waste. Especially plastics, Nathalie tells me when we hook up on a video call.
– We need to find animals to help us. And the greater Wax moth larvae is that animal!

It all started with an accidental discovery at a lab in Spain in 2017. The lab workers used plastic bags to move the Wax moth larvae and discovered that they had eaten holes through the plastic. This led to labtests, an scientific article and a lot of buzz in the media all over the world. A couple of months later a German team of scientists claimed that the Spanish scientists had been wrong, and a lot of media wrote the story “plastic eating insects too good to be true”.
But that’s not the real story according to Natalie:

– The German scientists claimed that the Spanish didn’t have enough evidence for their claims, not that it wasn’t true.

She got convinced that it really worked when reading a Swizz-Chinese study published last year that proved that Great wax moths not only degrades Polyethylene (one of the most common plastics) but also Polystyrene (styrofoam). They also showed that the microbiological ecosystem of the insect’s gut adapts according to the substrate they digest, the microorganisms remain the same but their respective abundance changes.

– We now not just know that it works, we know why it works. Great Wax Moth in nature live on eating beeswax, and this has a similar chemical structure as plastics, says Nathalie. 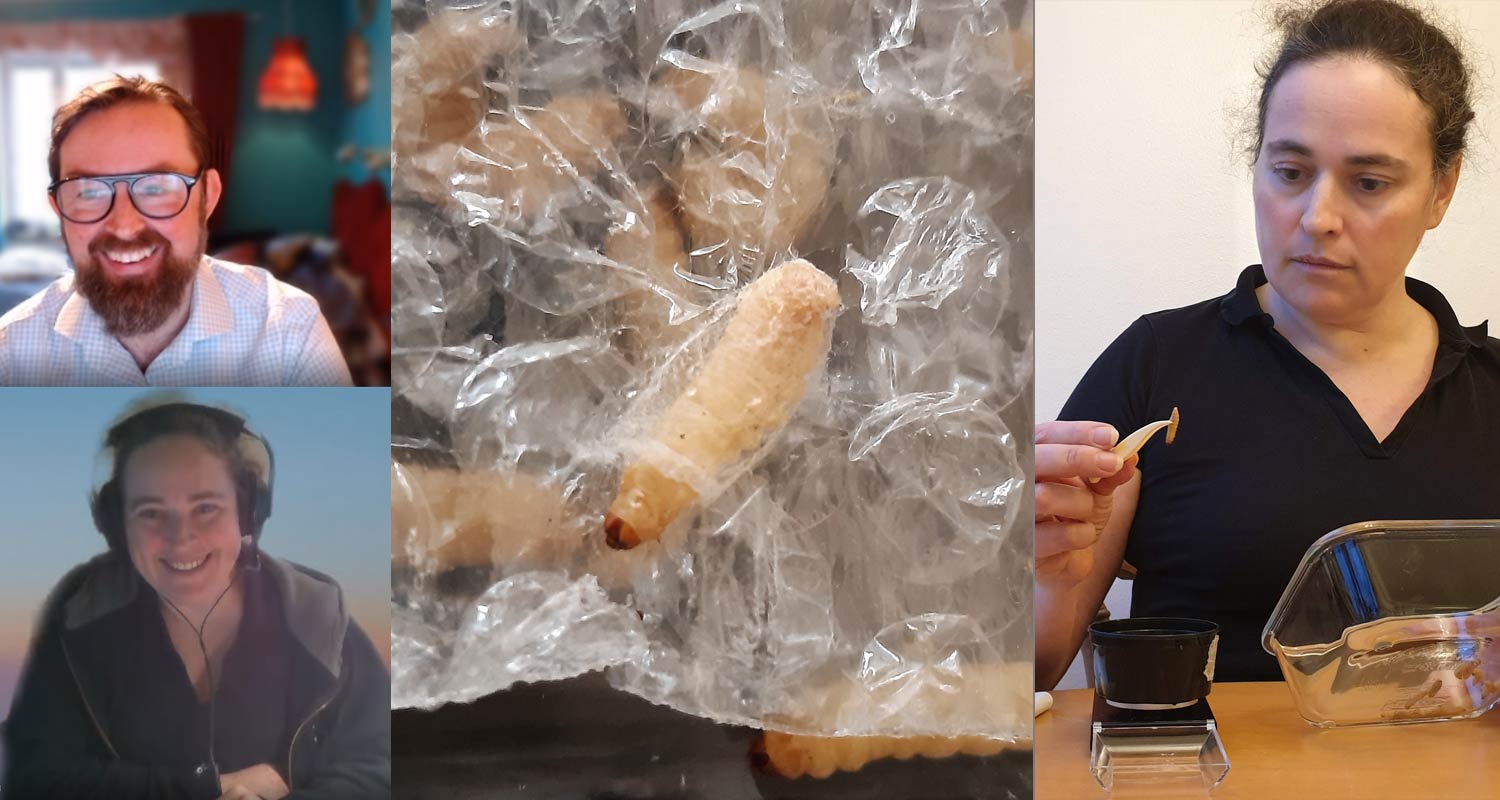 We had a great interview/meeting where Nathalie Berezine talked about the insect eating Giant Wax Moth. In the middle a photo of a larvae eating plastic and to the right Nathalie weighing larvae (photo 2,3: Norbite)

This revelation made Nathalie Berezina decide to start the company Norbite in July 2020. Before moving to Sweden in 2019 Nathalie worked as CTO-CSO at one of Europe’s biggest insect farming companies, Ÿnsect, an experience that helps her to think big. The five year plan is to build a plant that can process 30 000 tons of plastic waste. The Wax moth larvae converts the plastic into proteins, lipids (fats) and frass (insect poop that can be used as fertilizer). To set that in perspective Sweden according to Naturvårdsverket produced 1.6 million tons of plastic waste in 2017. So there is a lot of food for the insects.

Great Wax Moths have a life cycle of about 7 weeks, and usually home farmers try to mimic feed in nature by giving them quite expensive feed: honey and glycerin. But what Norbite is working on is only giving the larvae plastics to eat. This means a slower growth rate but the gut microbiota in the larvae changes and they process the plastic better than if it would be mixed with other feed. 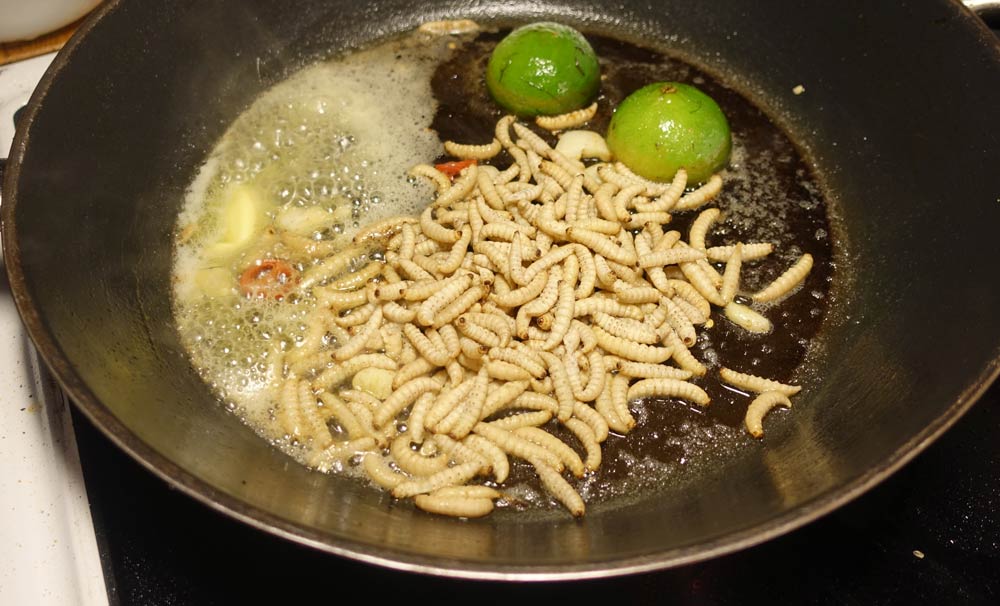 Personally I am a fan of Wax moth larvae in food, and really like it in a taco, so I can’t help to ask Nathalie if Norbite will be the first company that sends in a Novel food application for Galleria mellonella to EFSA. She likes the question, and she also makes it clear that she believes that the Novel Food Application system is good for the insect industry as it proves to the consumer that it is safe.
– The Novel Food applications works as a catalyzer, she says.
– So when you send in the application, do you think it will be approved, I ask. Even when the insects are fed only with plastics?
– Yes! One advantage with feeding them with only plastics is that it is one single pure source. Other insects get food mixed with their substrate. Here it is always the same molecule!

And when the larvae’s gut biota has processed the plastics the plastic is gone.
Goodbye plastics: Hello healthy food and feed.