It’s obvious that the ento-enthusiasts in the Nordic countries are pretty envious of our colleagues in Denmark. While we in Sweden, Norway and Finland can’t sell our insect products, not even give them away freely at conventions and fairs, the Danish startups are thriving.

At Copenhagen Cooking and Food Festival last week you could join Copenhagen Bug Fest, and at Bite Copenhagen one of the products launched was the cricket shot Syngja.  Syngja is a brand new remake of the company Insekt KBH, and if you follow the ento scene you might know about their product prototype Femten Fårekyllinger, released in February this year.

Philip Price tells Bugburger that he and Jakob Rukov co-founded Insekt KBH (now Syngja) a year ago, sharing a passion for sustainable food and edible insects. The crickets in Syngja are imported from the Netherlands, and the ingredients are mixed and tapped at two local Danish breweries ending up in three different flavored drinks (01 apple ginger, 02 beetroot seaberry and 03 spirulina acerola).

Is there an “insect boom” in Denmark?
-Indeed there is. I believe that Denmark – similar to the other Scandinavian countries – inhabit quite a developed consumer population maturing towards on the arguments of sustainable, healthy and natural foods. Novel foods, such as edible insects, is part of this food generation 2.0. Furthermore, the startup scene has really rooted itself in Denmark over the past few years, and in tandem with the innovative mindset of many Danish entrepreneurs we witness this – hopefully only beginning – so-called insect boom. 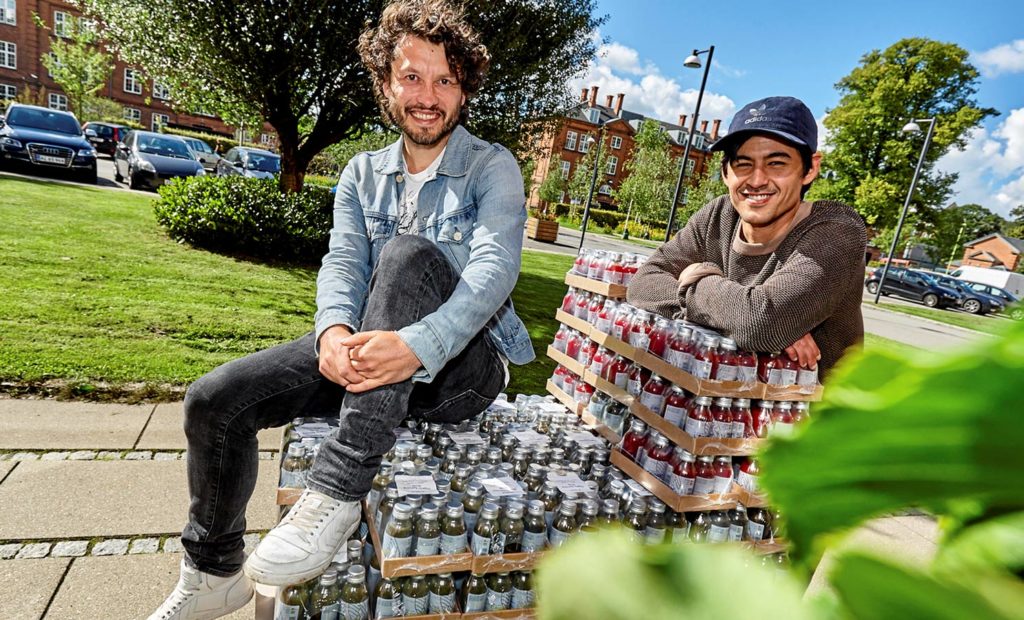 Philip Price also agrees that there is a very active ento-community in Denmark these years:
-The field is expanding every 6 months and includes chefs and culinary visionaries; industry, manufacturers and distributors; university and private researchers; and green political stakeholders. We network closely with all of these to gain momentum for all.

How do you see the future of edible insects in Europe?
-I have no doubt that the future of edible insects in the Western hemisphere is huge. Right now, we are still a couple a years ahead of the mass market maturity, but already the shifts are turning and now is the perfect timing to be on the market, in order to gain as much knowledge as possible about your future consumer base.